Watch a Clip about why people fall in love with Utopia Texas;
by David Cook author of the 'Seven Days in Utopia' movie & book
http://vimeo.com/23538848 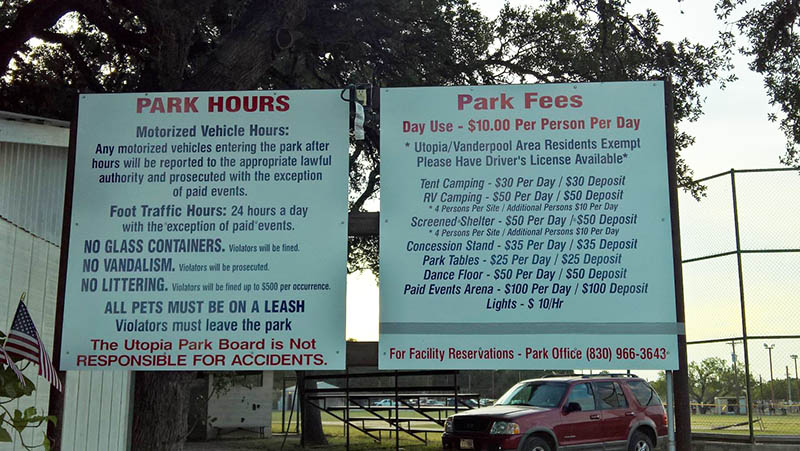 HISTORY: Handbook of Texas Online: "Archeologists have found evidence of Paleo - Indians in the canyon. Spanish explorers made several excursions into the area to take careful inventory of tribes, to note the flora and fauna of the area, and to name the rivers, mountains, and streams. They called the Sabinal River Arroyo de la Soledad. In 1790 Juan de Ugalde united Comanches, Taovayas, and Tawakonis and led a decisive victory over the Apaches at the site of future Utopia. The Spaniards also found silver and dug a shaft on the east side of Sugarloaf Mountain, five miles south of Utopia. This mine was seen by John C. Duval in 1836. On June 10, 1839, a party under John C. (Jack) Hays and Juan N. Seguin pursued a band of Comanches into Sabinal Canyon, where they destroyed newly deserted villages. Hays encountered the Comanches again on June 24, 1841, when eight Comanches were killed and two taken prisoner. Capt. William Ware, a soldier in the Texas Revolution, moved to the canyon with his son and six slaves in 1852, thus fulfilling a resolution he had made in 1835, when he first saw the place. With 600 head of cattle and two ox - drawn wagons full of seeds, fruit trees, food, and tools, they had to move large boulders to get the wagons through the pass into the canyon. Gideon Thompson, Aaron Anglin, John and James Davenport, Lee Sanders, Henry Robinson, and Chris Kelley soon arrived. More settlers arrived in 1853, and by 1856, a store - post office was built by Charles Durbon, who became the first postmaster of Waresville. In 1856 Victor P. Considerant purchased 47,000 acres of land in the canyon from the Can’on de Ugalde Land Company. This purchase was financed by the European and American Colonization Society. Considerant's plan to establish a Fourierist phalanx in the canyon did not materialize because the failure of La Reunion, near Dallas, had made potential colonists too wary.

Settlers had friendly contact with Tonkawa Indians who had come to plant crops for their people, who were due to come later. The Kickapoos raided many times during the early years. Lipan Apaches captured Frank Buckelew in 1866 and held him captive for eleven months. They also raided Mr. Kincheloe's home that same year while he was away. His wife, Sarah, Captain Ware's daughter, was lanced seventeen times, and Mrs. Ann Bowlin was killed. Warfare continued until 1876. Kincheloe moved his family to land a mile north of Waresville, where he built a two - story home in 1873, marked off and sold lots, and donated land for churches, a park, and a school. In 1884 a survey for the town of Montana was filed in Uvalde County, and the post office was moved from Waresville to Montana. When they learned that another place in Texas was named Montana, residents renamed the place Utopia. By 1880 a stage stopped weekly at the community, where 150 citizens supported two gristmills, a cotton gin, a blacksmith shop, a store, and three churches.

Methodist services were first held in Waresville by Andrew Jackson Potter in 1854. The Church of Christ was established in 1859; John C. Ware and his sister Eliza Finley were the first two to be baptized. A Christian church also moved to the canyon. Andrew Jackson Sowell, his wife, Mary Lillian, and ten other charter members established the Utopia Missionary Baptist Church in 1886. A man named Barker taught the first three school terms in the Methodist church. In 1880 a schoolhouse was built; this structure was torn down in 1906, and a two - story building took its place. This building was burned in 1926; the present structure, built in 1927, has had several additions.

By 1904 the population of Utopia was 147. The town had telephone service by 1914. Annual rodeos have brought thousands of people since 1929. By 1946 the town had seven businesses, three churches, a post office, and a population of 150. In 1952, when Utopia celebrated the centennial of Ware's arrival, Governor Allan Shivers spoke to a crowd of 3,000 people in the park. On June 19 and 20, 1952, 9,000 people came to celebrate. In 1956 the Sabinal River was dammed to impound a small municipal lake. Many residents moved away in the drought - plagued 1950s. The population reached a low of sixty in the early 1960s, but by 1965 prosperity had returned. Ranches leased land to hunters, beef prices rose, and the population grew. A cedar mill was constructed, the Memorial Library was established, civic clubs flourished, the town started a museum, and real estate establishments came into being. The Utopia Spring Water plant was chartered in March 1984. Tourism flourished after Lost Maples State Natural Area officially opened in September 1979. In 1990 the population of Utopia was 360. The population was 241 in 2000. "